On Saturday, our daughter, son-in-law and grandson joined us in Fayetteville for  Winter Jam 2011.  If you've never been to a concert with 10,000+ kids, you have truly missed something...LOL. 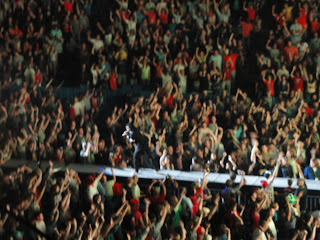 I have been to concerts like this before, but the kids had not.  I told them we needed to be there early to get a good seat.  It was $10 at the door and no tickets were sold ahead of time and the doors didn't open 'til 5:00.  We arrived at 3:00 and stood in line for two hours. 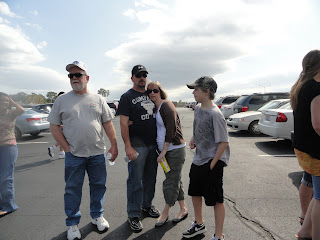 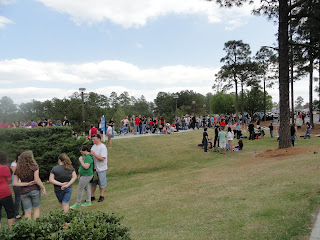 The first to perform was Jason Castro -- you may remember him from American Idol, where he finished fourth in 2009. 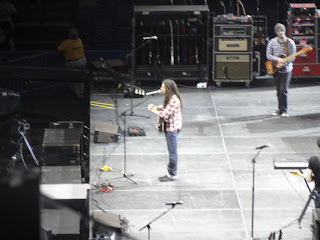 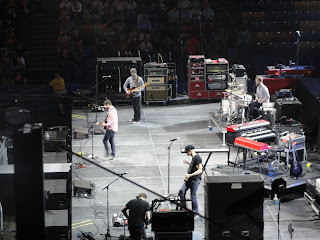 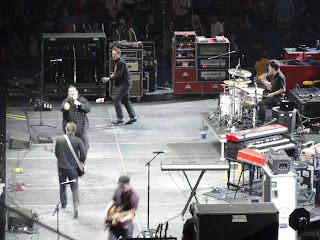 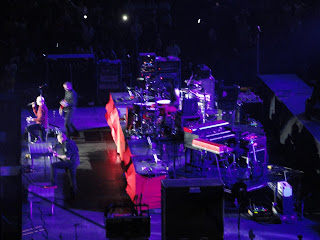 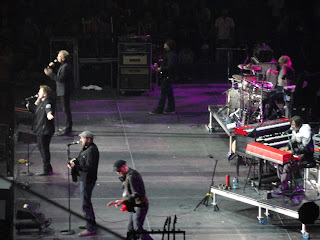 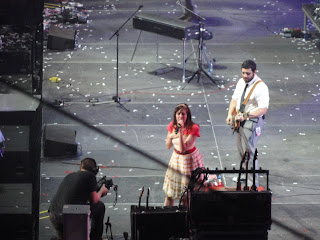 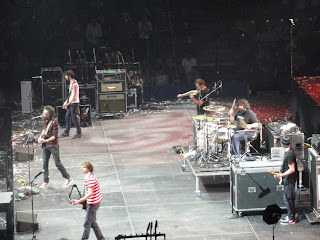 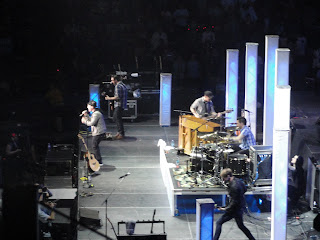 Newsboys ROCKED the house and put on quite a show! 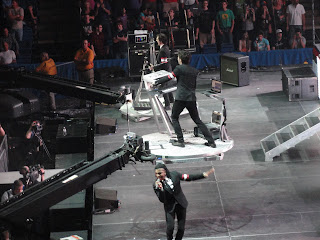 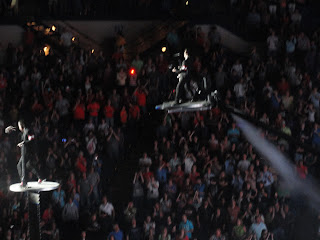 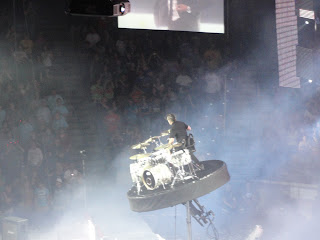 Grandson Dalton had his own light show:) 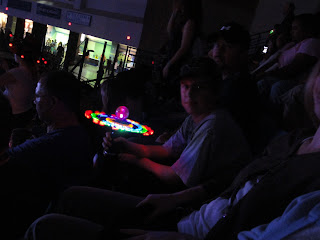 Did I mention this was a Christian concert?  Yes, all the groups are Christian and you can't beat seeing all those groups for ten bucks.  It's awesome to see so many young people standing, clapping, singing and praising God -- it was a blessing.  And it was great to share it with our daughter, son-in-law and grandson.

Some of you have probably never heard of these musicians.  Let me encourage you to listen to a couple of their songs.  If you only want to listen to one or two, I'd recommend Newsboys, David Crowder Band, Francesca Battistelli or Newsong.  Just click on one on the sidebar.  They are all wonderful and have tremendous musical ability and write a lot of their own songs.  We LOVE music of all kind, but we listen mainly to Christian contemporary music, but I do love the oldies but goodies of Southern Gospel music, as well as the great 50s music.

Until next time, live each day to the fullest -- as if it were your last!  May God continue to bless our voyage, as well as our family and friends everywhere.   Thanks to you for stopping by.
Posted by Alan and Marilyn McMillan at 10:46 PM