WOO-HOO, Girls Night Out -- Since my daughter's mother-in-law and I both have birthdays in March, my daughter, Alissa, treated us last night to a Girls Night Out at church with Anita Renfroe and Mandisa.
It was a sold-out crowd of 2000+ in the sanctuary of the church we attend when in North Carolina -- Englewood Baptist Church.  You can see a few men showed up too. 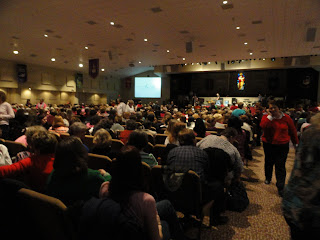 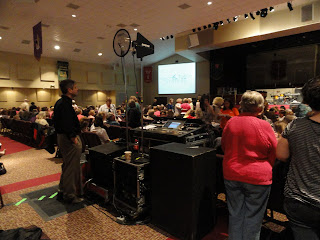 Anita Renfroe is a Christian Comedian from Atlanta, Georgia, and the wife of a Baptist pastor, who is now her business manager.  She became famous for her comic rendition of everything a Mother would typically say in the course of a day, set to the William Tell Overture.  You can listen to "The Mom Song" by clicking on it on the sidebar to the right of this post.  She is the mother of three and grandmother of two.  She is so funny -- we laughed and laughed and laughed.


During intermission, I was clowning around with my camera -- attempting to take a picture of the three of us.  Apparently, it's not easy to take a good picture of yourself while holding the camera too -- anyway that's my excuse.  Maybe I should have held the camera up higher, I don't know.  We laughed even harder at how distorted I appear.   My daughter said it was like those houses with crazy mirrors you find at a carnival.  This is the best one of several possibilities -- the distortion isn't quite as bad as the others...LOL. 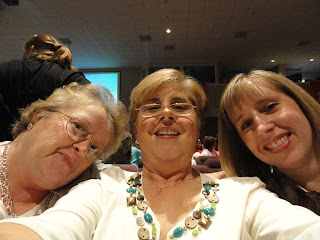 Following intermission, Mandisa took the stage and rocked the house 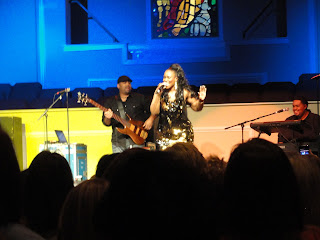 As most of you probably know,  Mandisa was a part of Season 5 of American Idol and she gave a powerful testimony about her experience on AI.  She shared it was the last year age-wise she would be eligible to try out for American Idol, and she had once heard Joyce Meyer say, "If you're scared to do something, do it scared." So, the first time she stood before Simon Cowell, she was scared to death and intimidated by him.  She further shared she had always struggled with her weight -- even as a child, food was her comforter.  However, five years after American Idol, she has forgiven Simon for his derogatory comments about her weight, and with God's help, she has now lost 106 pounds.  Mandisa's five step program for weight lost is:  1)  Getting into God's Word; 2) Eating healthy -- no particular diet; 3) Exercise -- she loves Zumba; 4) Counseling to help her overcome her food addiction; and 5) Prayer.  And she  gives God all the Glory for her success.
And she looks great 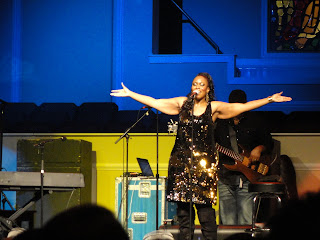 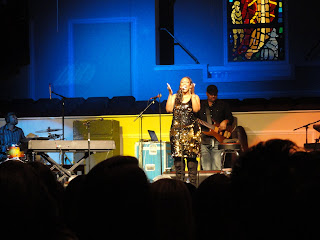 I have also put one of Mandisa's songs on the sidebar, "Broken Hallelujah." 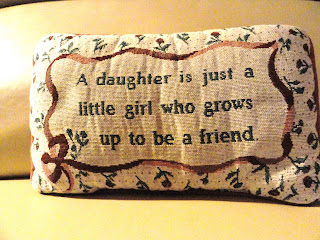 I thank my daughter for being willing to share this night with both her mother and mother-in-law.  I am truly blessed with the love of a beautiful daughter.  Thanks, Alissa, for who you are...I love you very much.

Before I close, I want to say our thoughts and prayers are with the people of Japan.  The devastation is incredible and we pray for everyone who has been affected by this tragedy.


God bless our family and friends, near and far.

Posted by Alan and Marilyn McMillan at 10:57 PM