Our next stop in Mitchell was the Prehistoric Indian Village. 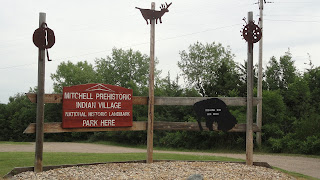 More than 1000 years ago, bands of native farmers and hunters used this land as farming ground, where they raised corn, squash, tobacco, etc.  The women tended the crops, while the men hunted and fished along the nearby Firesteel Creek.


In 1910, a Dakota Wesleyan University student discovered the first signs of ancient human activity around the site.  The history of the site has been preserved and is the only archaeological site in South Dakota that is open to the public.  The Village is an active research center and is a National Historic Landmark.  Visitors to the site can see the many artifacts that have been excavated during the annual dig and you can tour the dig itself in the Thomsen Center Archeodome. 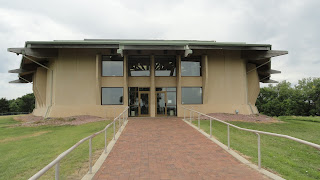 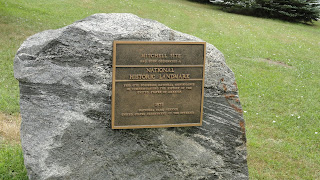 Students from the University of Exeter, England, come to the Village to excavate the site during June and July each summer.  By the time we visited the Village, all the students had returned to England. 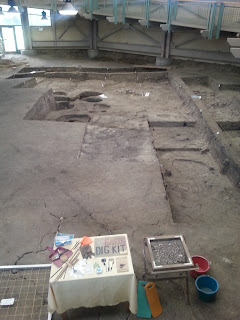 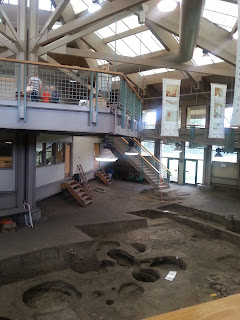 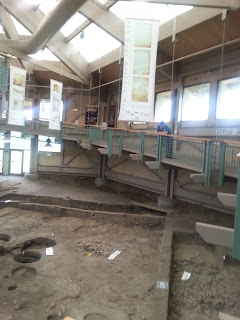 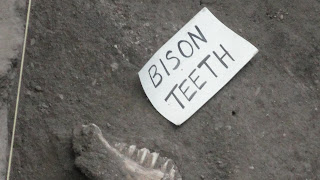 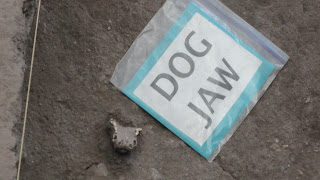 It's rare to find a complete skeleton of a bison because the Indians used every part of the bison for something. 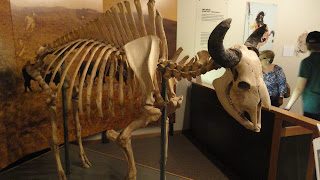 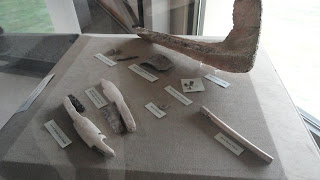 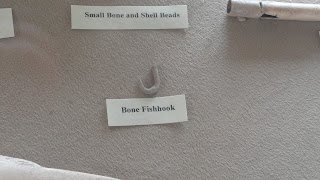 These Native Americans lived in lodges, where 12-20 family members lived together.  The Prehistoric Indian Village depicts what those lodges perhaps looked like, based on research and archeological findings.  Each lodge was roughly 20' by 35' and the walls were made from a mixture of clay, grass and branches. 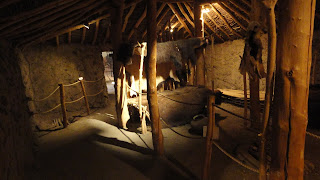 The "bed" in the center of the lodge was reserved for the respected person in the lodge.﻿ 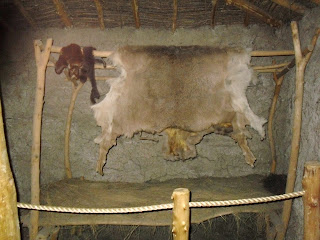 We have one more adventure in the area to tell you about before we move on down the road.  Hopefully, I will be back in the next day or so to tell you what else we found, so stay tuned.
﻿
﻿
Posted by Alan and Marilyn McMillan at 11:19 PM