I'm not too sure I still remember how to blog, but thought I would give it a try and see what happens.


After my last post last September, where have we been and what have we been doing?  It may take me several posts to catch up, but I will try to keep them short -- but, as you probably know, I can be quite wordy and I do have approximately 10 months to catch up on.
First of all, we spent three months (November-January) in South Texas working as gate guards for oil rigs.  Since we signed a non-disclosure statement, I sort of lost interest in blogging since I couldn't really write about what we were doing --  what was the point??
How was gate guarding you ask?  I can honestly say it wasn't that bad -- at least where we were.  The biggest problem we encountered was poor internet and phone service.  We were strictly in an AT&T area and we are Verizon customers.  So, I placed our internet service on hold and actually purchased AT&T internet service.  We went to Walmart and purchased AT&T go-phones.  There was no way we were going to be without internet and phone service.

Another situation was the hours.  As you know, gate guarding is a 24/7 job.  Since Alan had worked nights most of his career, we decided he would work nights and I would work days.  However, after a week of being up and out in the hot sun all day, I told him we had to come up with a better plan.  So, we started working 6-hour shifts, me 8-2 pm, him 2-8 pm, me from 8-2 am and him from 2-8 am.  This worked much better for us.  Unfortunately, we also gained weight.  During the fracking process, they feed the crews twice a day -- noon and midnight -- and would also drop off the food to us.  It was nice not to have to worry about what we were going to eat, but we also ate too much.

One of our goals was to make enough money to purchase new furniture for the MH and we accomplished that.  Alan removed our uncomfortable couch and chair and we replaced them with these. 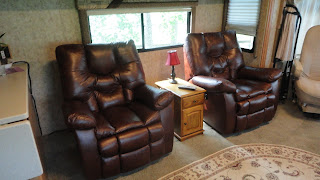 A friend mentioned it looked like we had turned into our parents...lol, but that's okay because they are much more comfortable.

After we were relieved from our gate in January, we intended to wait on another gate.  By that time, there were so many snow-birds waiting for gates, they didn't even have room for us in the holding yards.  So, we went to a park in San Antonio and I called every day for a week.  It was February and we planned on leaving the area the first of March, so we decided not to wait for another gate.

We returned to Corpus Christi for the month of February.  We stayed in the Naval FamCamp and I visited with a dear friend who lives in CC.  Charlcie and I have been friends for nearly 30 years.  We became friends when both our husbands were stationed at Cannon AFB, NM.  She was my mentor and helped me to adjust to military life and working for the government.  We were also neighbors -- just so many memories and such an awesome friend! 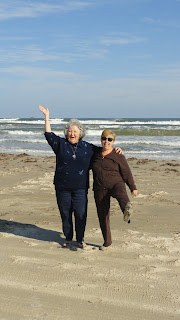 We shopped, we went out to eat, we went to the movies, she drove us around & showed us all the sites and we visited and visited.
Around the 1st of March, we left TX to visit our family in OK before heading to Texarkana, AR over Easter for a surprise farewell party for our grandson, who was joining the Navy.
In OK, we took our son, Adam, and granddaughter, Morgan, to WinterJam, a Christian concert held in Tulsa.  It was a cold, wet day and we stood in line for a couple of hours before the doors opened.  You pay $10 and seating is first-come, first-served, but it was well worth the ten bucks.
Morgan and Papa 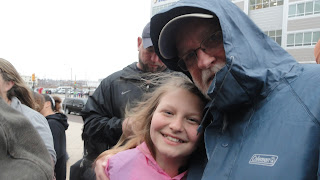 We had a great visit with our own Okies from Muskogee and then moved on to Arkansas, where we visited our son Jon, daughter-in-law Mindy and Grandson Allen.  This was the first time we had seen Jon in almost three years.  We saw Allen & Mindy in 2011 but not Jon, due to his work schedule.
Papa, Nana, Allen, Jon & Mindy 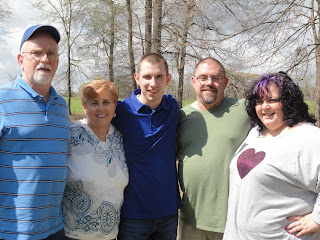 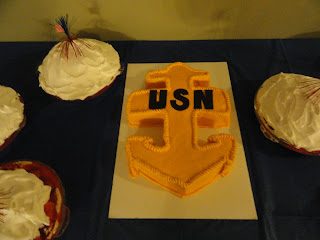 Following this, we headed back to NC, where we once again parked in our daughter's driveway and we also celebrated Mother's Day.
﻿
﻿
Granddaughter Sarah, Daughter Alissa, Me and Grandson Dalton 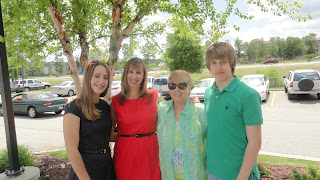 Although I am the shortest, I promise I am the Mother/Nana of these beautiful people.
We also celebrated Sarah's graduation from college. 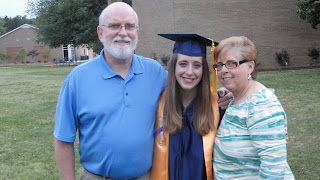 And Dalton's 15th birthday with a trip to Myrtle Beach and lunch at Johnny Rockers. 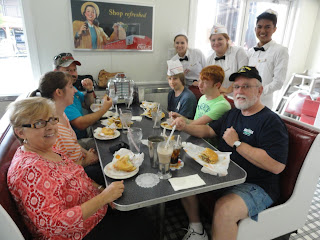 Three weeks ago, we flew to Great Lakes, IL to attend Allen's graduation from Navy basic training.  It was quite a production with the band, choir and over 900 new sailors graduating. 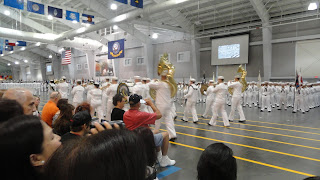 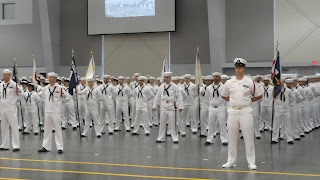 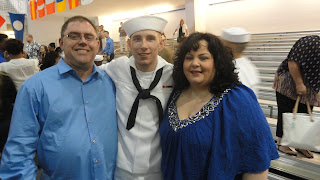 Needless to say, we are very proud of him.


That pretty much quickly catches us up to where we are now, without all the minute details.  That wasn't too painful, was it?


We promised our 15yo Grandson, Dalton, we would take him on a trip and that's where we are now.  We are 300 miles East of South Dakota and will be there tomorrow.  Before we set out, Dalton asked me if I was still blogging.  That's one of the reasons I am trying to blog again -- for him and other family members and friends.
Hopefully, you will come back to see what we have done and are doing.  We will work on the map and location on the right side before our next post.
May God continue to bless all of you and may God bless our voyage as well.

Posted by Alan and Marilyn McMillan at 10:01 PM