On July 10, we set out on a summer journey with our 15yo grandson, Dalton.  Dalton lives in North Carolina and hasn't been out of the state very much.  He's been to Virginia, DC, South Carolina and he came to see us a few times when we were still living in Arkansas.  We were surprised he actually wanted to hang out with his grandparents.  We figure this will be the last year he will want to go much of any place with us because next year he will be 16, driving and maybe have a job.  We tried to tell him we could at times be very boring, but he still wanted to come with us.
We discussed several options of where to go -- Williamsburg, Virginia; Gettysburg, Pennsylvania; Florida, but eventually settled on South Dakota.  We really didn't want to go South -- we were hoping to find cooler weather North.  SD is our legal residence and we've actually only been there once -- in 2010.
Alan made an appointment to have the transmission oil changed at eight o'clock on the day we left.  Why he didn't do it BEFORE we left is beyond me.  So, at six o'clock on Wednesday morning, July 10, Dalton knocked on our door loaded down with his pillows and ready to go.  I cleared out a drawer in the bedroom for his clothes and made room in the closet so he wouldn't have to live out of a suitcase.
All packed and ready to roll. 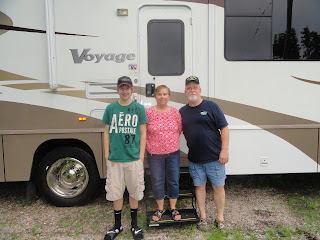 First stop, Cummins at Kenly, NC, about an hour down I-95 from where the kids live. 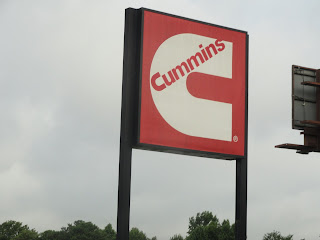 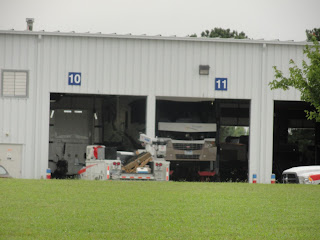 We hung out in the RV lounge and tried to be patient, but it ended up taking much longer than we anticipated.  Finally, at 12:35 we pulled away from Cummins and our trip really began.


﻿
We already wore him out! 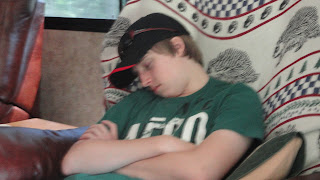 Since my hope is to catch up on this blog, I am not going to give the details of every stop along the way.  Our route went from Kenly to Mt Airy, North Carolina to Milton, West Virginia to Dayton, Ohio, where we spent three nights at the Wright-Patterson AFB FamCamp.  We toured the National Museum of the United States Air Force. 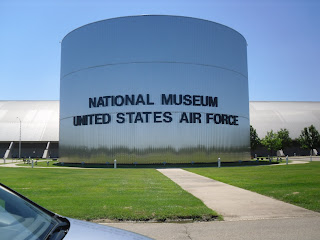 Alan worked F-111s like this at Cannon AFB, NM 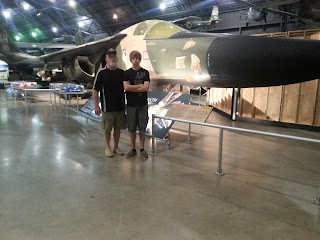 Alan worked on C-130s like this at Little Rock AFB, AR 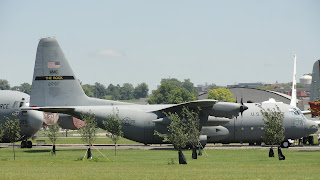 Aircraft that carried the shuttle to Wright-Pat AFB 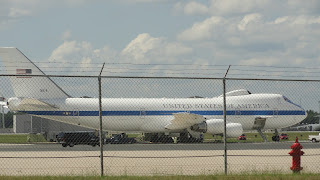 For the most part, the museum is manned by volunteers.  The second day, we planned to tour the Presidential section of the museum.  This part of the museum is actually on Wright-Patterson AFB.  I noticed that when we were at the museum I did not hear anything about the Presidential display.  In 2010 when we toured the museum, they bussed non-military individuals to and from the Presidential section on base.  Because we have retired military ID cards, we are able to enter the base on our own.  As we drove thru the gate, we couldn't help but notice how deserted everything was, but just thought it was that way because it was Sunday.  We asked the gate attendant if the Presidential display was open, but he didn't know.  We found our way to the hangar where the display is and ended up being followed by Security Police.  We knew then something was up.  Sure enough it was closed until further notice "DUE TO SEQUESTRATION." 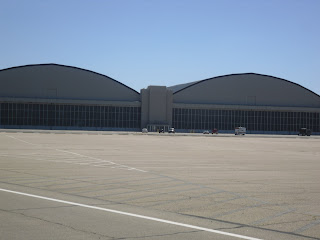 We were so disappointed.  We had told Dalton about the Presidential planes he would see, including Air Force One that transported President Kennedy from Dallas after he was assassinated.
There was a muscle car show going on at Wright State University so we headed there.  We have never seen so many GTOs in one place. 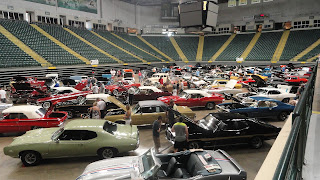 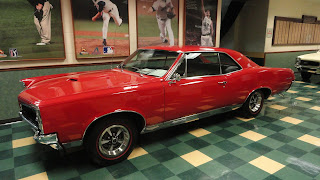 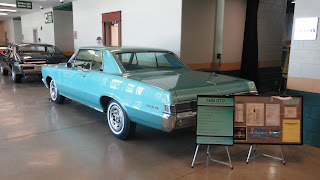 Papa enjoyed showing Dalton what a "real" muscle car looks like.
On Monday morning, July 15, we left Dayton, heading northwest by way of Crawford, Indiana and Rockford, Illinois, where we stopped at the Blackhawk RV Park. 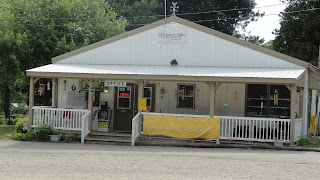 This park had many seasonals, but their areas were well maintained. 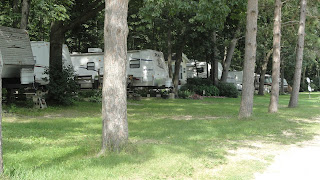 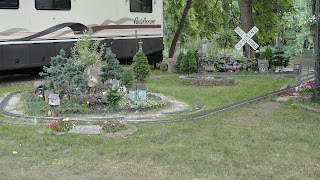 We wanted to try and see our grandson -- Allen, the one who recently graduated from Navy basic training.  He and Dalton had not seen each other in a couple of years and we wanted to take him to lunch for his 21st birthday which would be on July 27.  We wanted to stay off the toll roads if we could, so we took the backroads.  It was slow going thru small towns and it ended up taking us two hours to reach Great Lakes.
We took Allen to lunch and enjoyed Chicago-style pizza. 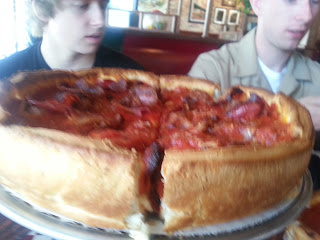 And instead of a birthday cake, we had "smores" pizza dessert. 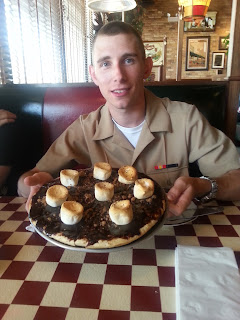 We also visited the local mall where we ran into these guys. 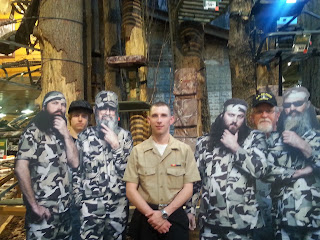 We enjoyed our visit with Allen although it was too short for this Nana, but at least we got to see him and celebrate his birthday.  We are very proud of him and his decision to serve our country.

Our last stop before reaching South Dakota was Rochester, Minnesota.  When we pulled into our site, these were our neighbors -- 6 guy all over the age of 60 bike riding 3500 miles in 55 days in support of the Wounded Warrior Project.  They started in Astoria, Oregon, and, God willing, will end their journey in Portsmouth, New Hampshire. 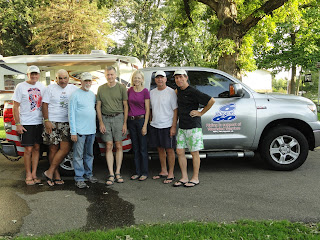 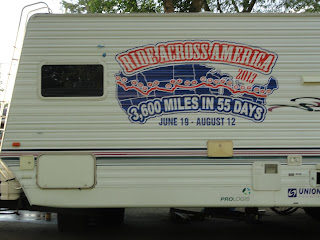 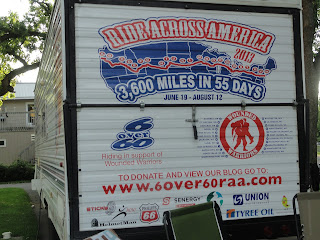 It was a pleasure visiting with them.  They said when they started they thought they might raise $25,000 for the Wounded Warriors and were amazed how quickly they surpassed that and currently had raised almost $100,000.  I'm sure by the time they reach New Hampshire, they will have passed that mark as well.

If you are interested in reading and learning more about their mission, or would like to make a donation, please check out their blog at www.6over60raa.com.

The following day we reached our first destination of Mitchell, South Dakota.

In our next post, we will outline what we saw and did in the area.  Thanks for stopping by -- may God bless you and my God continue to bless our voyage.

Posted by Alan and Marilyn McMillan at 11:37 PM