We bade farewell to Ellsworth AFB and Rapid City and headed East -- destination:  Goshen, Indiana, for the 50th Escapees Escapade -- more about that later.
Back in June when we first came to South Dakota to get our drivers licenses, before we ever crossed the Iowa/South Dakota border, we began to see advertisements for "Wall Drug."  We were like, "What in the heck is Wall Drug -- they have spent a fortune on advertisements."  Of course, we never made it to Wall Drug in June because we had to return to Illinois to complete the repair of our A/C.  This time, in August, before we crossed the Wyoming/South Dakota line -- same thing...more Wall Drug advertisements.  It definitely peaked our interest, so we decided to check it out.
Wall, South Dakota, is a short 55 miles East of Rapid City and has a population of approximately 800.  From the looks of the parking area, a lot of other people's interest was peaked as well.  Today, Wall Drug is a large tourist attraction and consists of a drug store, restaurants, western clothing store and various other shopping opportunities. 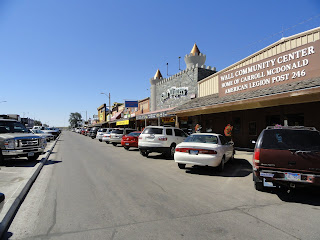 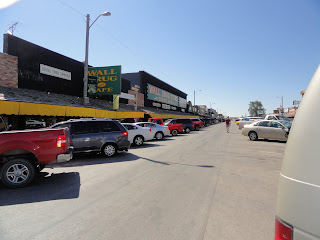 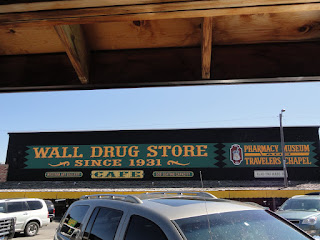 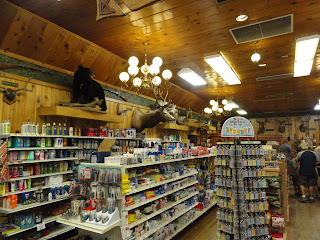 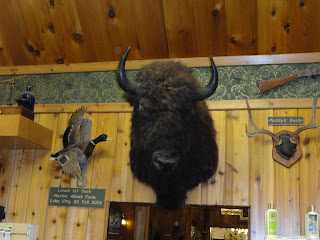 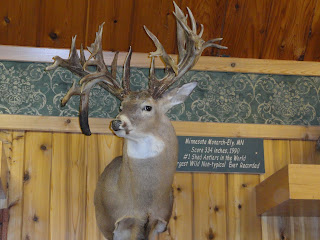 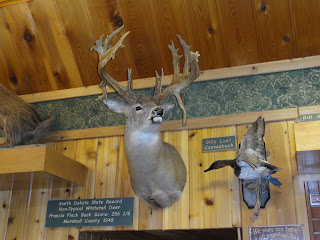 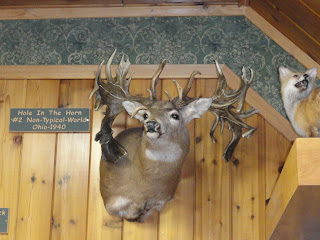 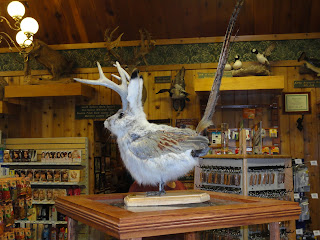 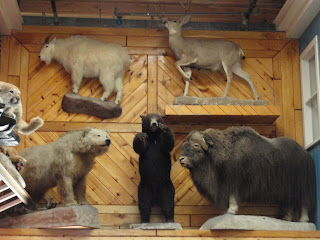 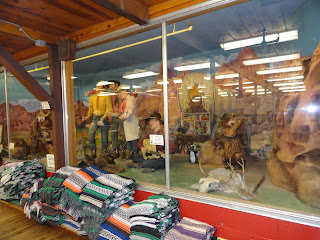 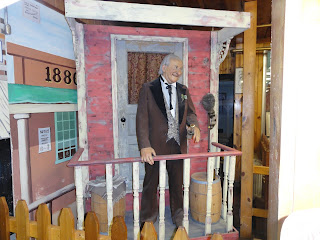 There's even a chapel. 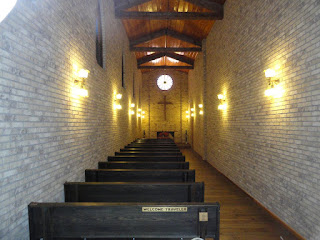 The chapel was patterned after a chapel in Dubuque, Iowa, built by Trappist Monks in 1850.  The beams were shaped by an ax.
The stained glass windows came from a church built in the late 1800s at the State Capitol in Pierre, South Dakota. 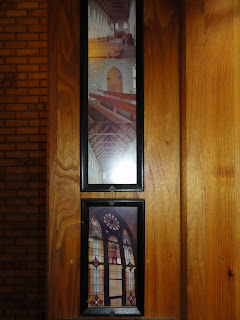 Before we go any further, let me explain how present-day Wall Drug came about.  The small town drugstore made its first step toward fame when it was purchased by Ted Hustead in 1931.  Hustead was a Nebraska native and a pharmacist who was looking for a small town with a Catholic church.  His father had died and left him $3,000 that he wanted to use to purchase his own drugstore.  In Wall, they found both a small town and a Catholic church.  The population at the time was 231 and the Hustead's family referred to Wall as "in the middle of nowhere."  Business was very slow until Hustead's wife, Dorothy, got the idea to advertise free ice water to parched travelers heading to the newly-opened Mount Rushmore.  So, they constructed some signs and modeled them after the Burma Shave highway signs and put the signs along the highway.  The signs said:
"Get a soda...Get root beer...Turn next corner...Just as near...
To Highway 16 &14...Free Ice Water...Wall Drug."
From that time forward, business was brisk and Wall Drug was turned into a cowboy-themed department store.  By 1981, Wall Drug claimed to give away 20,000 cups of water a day between Memorial Day and Labor Day.  Wall Drug still provides free ice water, as well as free bumper stickers and signs.  They also give free coffee and donuts -- which are made on-site -- to Veterans.
Now we know how and why there are so many signs on the highway advertising Wall Drug -- from east to west.  Both Ted and Dorthy Hustead have since passed and the store is now in the hands of their son, Bill.  Wall Drug draws up to 20,000 people a day during the summer months.  There are over 500 miles of billboards on I-90, stretching from Minnesota to Billings, Montana.  Wall Drug spends an estimated $400,000 on billboards every year.  It's amazing what the offer of free water did for the little town of Wall, South Dakota.
There's even a dinosaur with sound, smoke and everything. 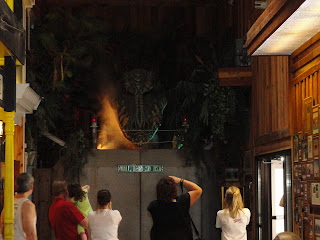 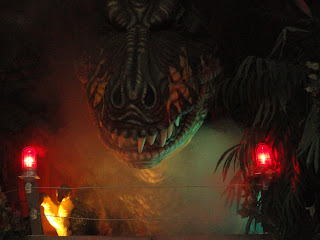 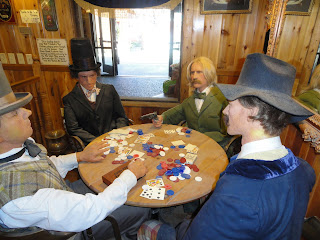 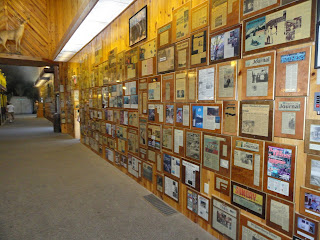 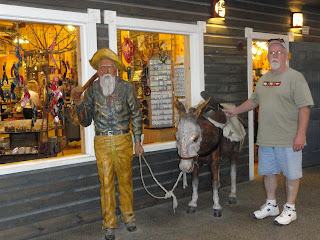 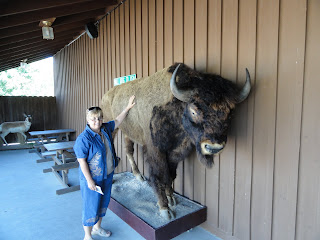 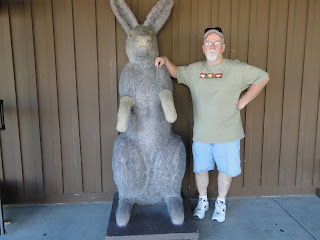 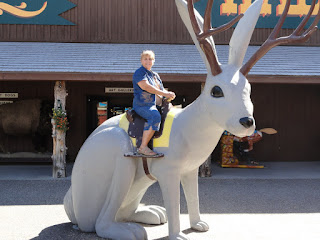 We also had lunch.  Alan had a ham plate with potato salad, beans, roll -- and his free donut and coffee. 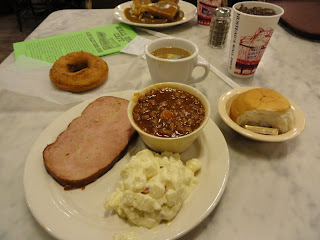 I had a hot roast beef sandwich with mashed potatoes -- YUM. 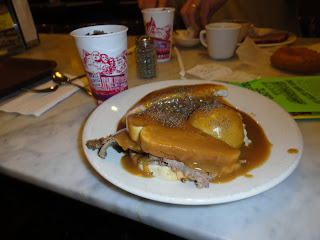 Leaving Wall, basically ended our visit to South Dakota for 2010.  We did stop for the night in Mitchell, which is approximately 75 miles from the South Dakota/Minnesota border.  As we head East, we are very pleased with our decision to become South Dakotans -- after 50+ years of being Arkansans.  We still call Arkansas home -- North Carolina our second home -- but we are proud to be South Dakotans as well.
May God continue to bless our voyage and bless our family and friends everywhere.
Posted by Alan and Marilyn McMillan at 9:24 PM