Rapid City is the second-largest city in South Dakota, and the county seat of Pennington County.  As my mother's maiden name was Pennington, I was interested in learning more about Pennington County, wondering, of course, was there a family connection?
John L. Pennington was born in the town of New Berne, in Wake County, North Carolina.  He started a career in journalism by working as an apprentice for the "Raleigh Star."  In 1856, Pennington founded the "Columban" in Columbia, South Carolina.  In 1857, in founded the "Daily Progress" in New Berne, North Carolina.  After leaving the newspaper business in 1866, Pennington became a member of the Republican Party and joined the Carpetbaggers in Alabama, where he served as a member of the Alabama legislature until 1973.  On January 1, 1874, Pennington was appointed Governor of Dakota Territory by President Ulysses S. Grant.  During Pennington's time as governor, the gold rush started in the Black Hills and railroad construction and immigration slowed.  Because of his lack of popularity and negative reports on his character, Pennington was replaced as governor in 1878.  However, Pennington was then appointed as collector of internal revenue for Dakota Territory.  In September 1883, Pennington attended the constitutional convention in Sioux Falls, where he opposed dividing the Dakota Territory into two states.  In 1885, Pennington returned to journalism and established the "Weekly Telegram" in Yankton, South Dakota.  In 1891, Pennington left South Dakota to resume journalism in the South.  He died in Anniston, Alabama.
Are we related to this John L. Pennington -- I have no idea, but it certainly peaked my interest in genealogy and I wish I knew more about my ancestors.  When I find time, I would like to do some research and find out if John L. Pennington is somehow related.  Alabama is not that far from Arkansas, you know.

Visitors to historic downtown Rapid City are greeted by the City of Presidents, a series of life-size bronze statutes of our nation's past presidents along the city's streets and sidewalks.  The City of Presidents project began in 2000 and each year four presidential sculptures are added in downtown Rapid City -- two presidents from the early years and two from more recent administrations.  Each of the sculptures are privately funded and the pattern of placement was chosen to maintain a coherent structure and eliminate any sense of favoritism or political gain.  The project will end at the end of fall this year. 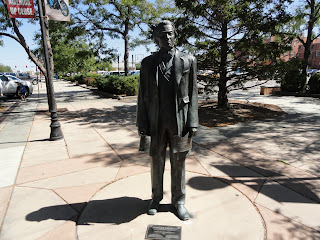 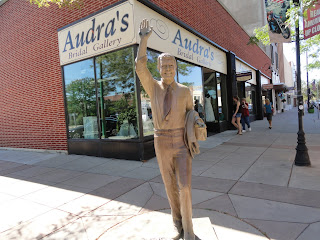 I'm sure everyone recognizes Jimmy Carter. 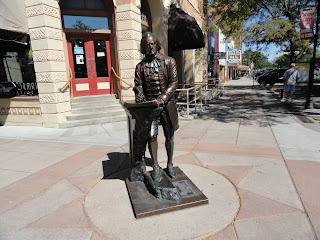 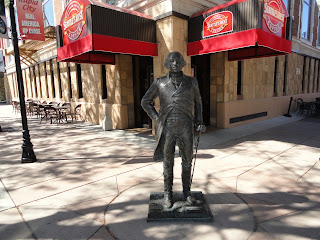 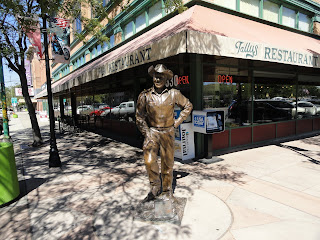 And a favorite -- Ronald Reagan.
I wanted to drive or walk around and see them all, but I couldn't convince Alan to go.  And of course, we had to visit the Antique Mall. 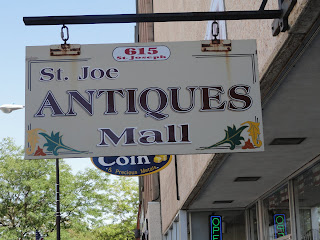 Not sure what Alan is searching for -- we have no room in the motorhome for anything else...lol...but he does enjoy looking and reminiscing. 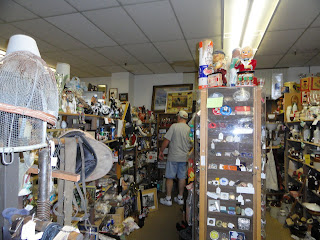 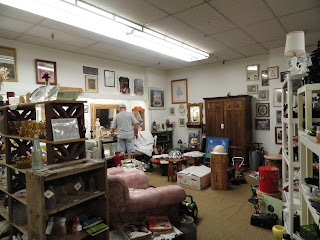 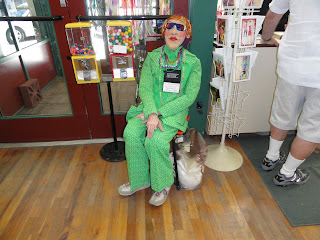 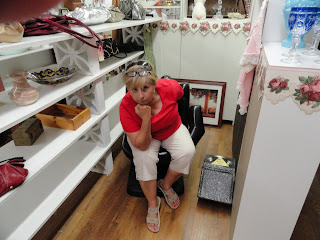 I have two more postings for the Rapid City area -- the Chapel in the Hills and Ellsworth AFB's Air and Space Museum.  We will then leave the area, heading to Goshen, Indiana, for the 50th Escapees RV Club's Escapade.  So, come back soon as we wrap up our visit to South Dakota and head West.
In the meantime, our prayer is God will  continue to bless our voyage and   our family and friends everywhere.
Posted by Alan and Marilyn McMillan at 11:00 PM