Yesterday we went with our neighbors, Andrea and Charlie, to Eureka Springs, 62 miles Southwest of Branson.   Secluded and peaceful with mountainside streets, Eureka Springs has a flair like no other town.  The National Trust for Historic Preservation named Eureka Springs as one of its "Dozen Distinctive Destinations."  Streets are lined with Victorian homes hugging cliffsides and its entire downtown area is on the National Register of Historic Places.  Spring Street, one of the main thoroughfares, has been named one of America's 10 Best for 2010 by the American Planning Association.

Having lived most of our life in Arkansas, we have been to Eureka Springs several times, but it's one of those towns you never get tired of visiting.
One thing we wanted to make sure Andrea and Charlie saw was the Thorncrown Chapel.  Nestled in the woods, it is a "must-see." 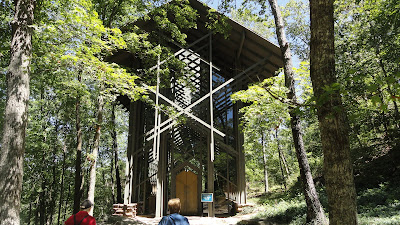 The chapel rises 48 feet and contains 425 windows and over 6000 square feet of glass.  It sits atop over 100 tons of native stone and colored flagstone -- it is entirely constructed of glass and stone, no steel here!  Since the chapel opened in 1980, over five million people have visited this sanctuary.  It has won numerous architectural awards, such as the American Institute of Architecture's Design of the Year Award for 1981 and the American Institute of Architecture's Design of the Decade Award for the 1980's.  Recently, it was placed fourth on the AIA list of the top buildings of the 20th Century.
The inside is as beautiful and unique as the outside: 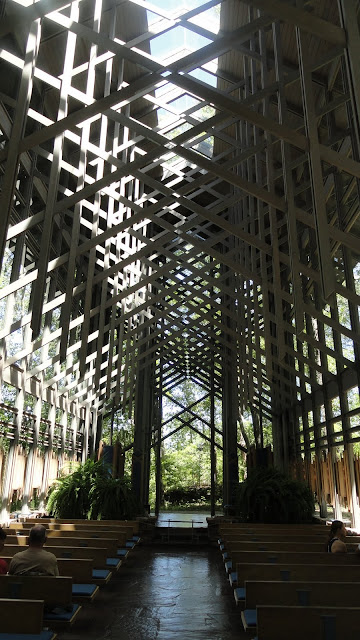 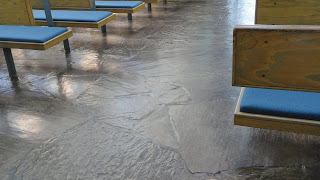 The chapel office is built into the side of the mountain. 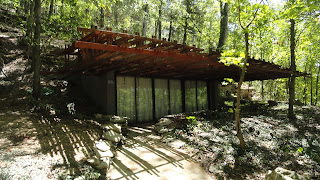 The Crescent Hotel, built in 1886, is another famous landmark in Eureka Springs. 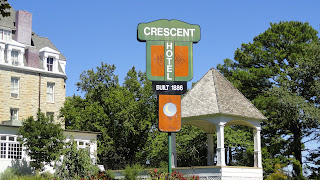 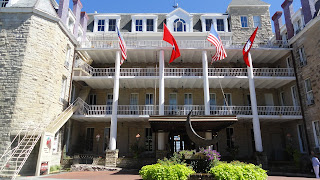 The long history of the hotel is represented through the ghosts that still inhabit the halls and walls.  Perhaps the best well-known ghost is Michael, a stonecutter who helped build the hotel.  He fell to his death at the location of Room 218, the most requested room in the hotel.  He's said to have been a good-looking man who often got in trouble for flirting with the ladies.  Michael is still known for turning is attention to women guests.
Dr. John Freemont Ellis is another "long-time" guest of the hotel.  He was hotel physician during the Victorian Era.  Dressed in top hat and fine clothing, he is sometimes seen on the staircase from the second floor to the lobby.  It has been reported the smoke from Ellis' pipe is sometimes smelled by the elevator.
This is just a sample of the strange happenings that have been reported by guests who have actually stayed in the Crescent Hotel.
Standing on the observation deck on the fourth floor of the Crescent Hotel, towering high above the trees, we were able to see the "Christ of the Ozarks." 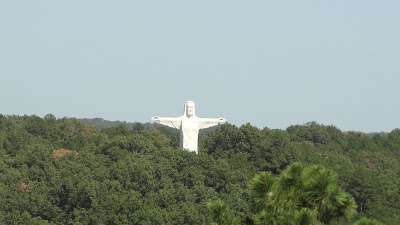 The statute, which is more than 67 feet tall, was primarily the work of Emmet Sullivan, who also assisted in the work of Mount Rushmore.  There is little facial expression or detail and the lines and forms are simplified.  Erected in 1966, the arms are outstretched straight, suggesting the Crucifixion; however, the cross is not depicted.
Some of the homes and cottages you will find in Eureka Springs: 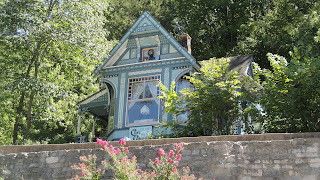 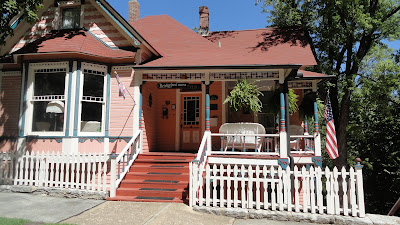 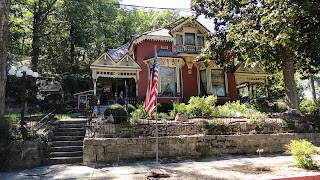 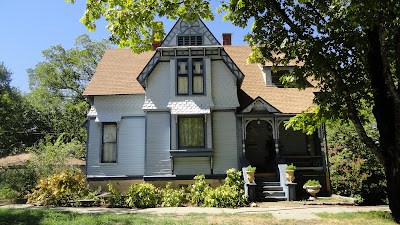 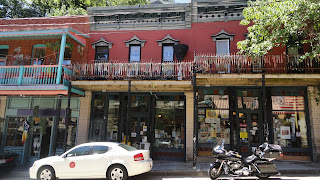 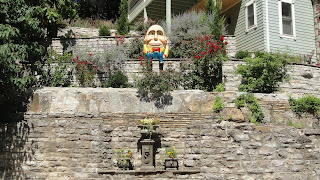 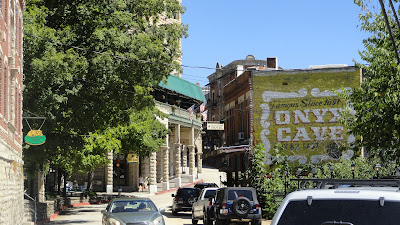 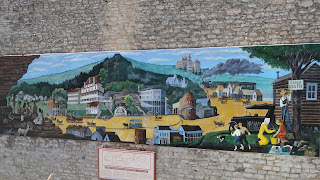 Luch at the "Local Flavor" Restaurant 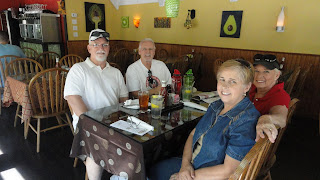 There is nothing better than spending an afternoon strolling the streets of a town like Eureka Springs, especially sharing it with new friends and fellow-workampers. 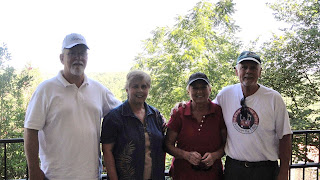 Thanks for stopping by.  May God continue to bless our voyage, as well as our family and friends, near and far.  ﻿
﻿
﻿
﻿
Posted by Alan and Marilyn McMillan at 11:16 PM