Easter Sunday -- may we never forget why we celebrate Easter Sunday.  It's not about Easter bunnies, chicks, eggs or candy -- it's about the resurrection of our Lord and Savior Jesus Christ.  He suffered and died on the cross for you and me, BUT on the third day, He rose again and is alive today.  We are thankful Christ took our place on that cross and we are truly blessed.
Tall Pines Harbor Campground is on the Pokomoke Sound.  On Easter Sunday, there was a sunrise service with the sound as a background.  Afterwards, they served a free breakfast to all participants at the service. 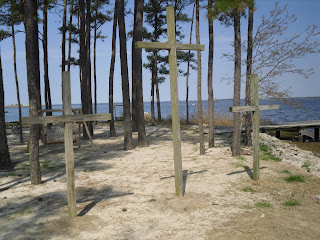 We were scheduled to have Easter lunch with Jon, Mindy and Allen at noon.  I had cooked the ham and they provided more food than we could ever eat -- potato salad, beans, the required deviled eggs, a delicious strawberry cake, wonderful lemon ice box pie -- and it was YUM, YUMMY!!  We all ate more than we should, but isn't that what you're supposed to do when you celebrate holidays??  It was really -- really good.
Jon and Mindy have two new additions to their family -- Zoie and Lola.  They are rescue dogs and are sisters.  They kept the reigns on them tight until they became familiar with us.  It didn't take Dalton long before they were friends. 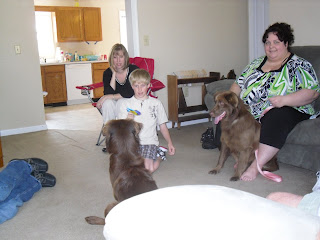 After the big lunch, Alissa and Allen got a little exercise with a Wii dancing game. 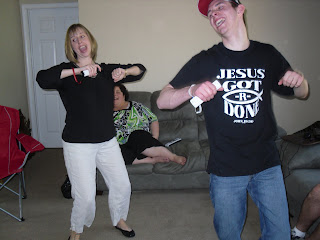 Then it was outside for an Easter Egg Hunt -- you never get too old to hunt eggs, especially if there's candy or money inside.  Dig the fancy Easter baskets:) 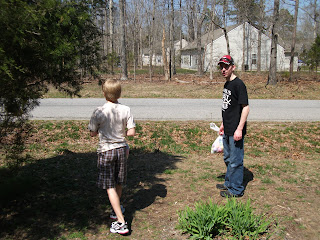 Even Papa got in on the hunt. 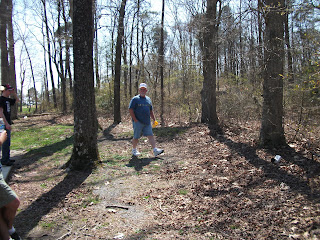 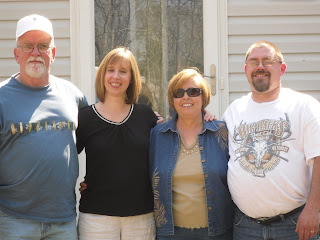 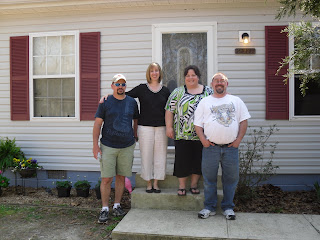 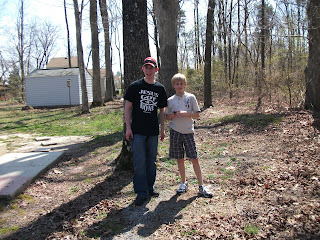 Allen and Dalton
After all the picture taking, we decided to drive to Chincoteague Island, the Virginia side of Assateague National Seashore.  When Jon and Mindy arrived in VA last August, they first lived on the island but quickly outgrew the small summer home they rented and actually decided they did not want to live on an island because of possible storms that might close the causeway  That's when they found their current home in Greenbackville, Virginia.


Assateague National Seashore is cared for and managed by the National Park Service, the U.S. Fish and Wildlife Service and National Resources.  Visitors to the park in Virginia enjoy the beach, wildlife, dunes, wetlands and marsh islands, protected for public use and enjoyment.  We managed to take a few more pics -- it was a beautiful day, but the wind off the water was cold. 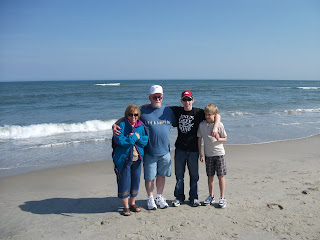 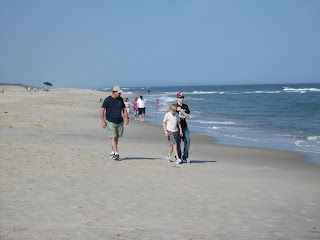 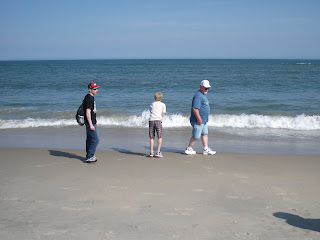 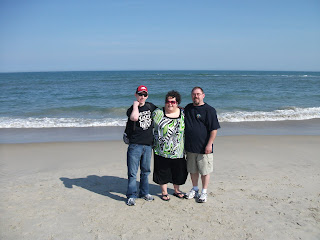 In hopes of seeing wild ponies, we next drove to the Maryland side of Assateague  National Seashore.  Two herds of wild horses make their home on Assateague Island, separated by a fence at the Maryland, Virginia line, and are often seen wandering the beaches, roadways, trails and campgrounds of the island.  They are small and sturdy and while they appear tame, they are wild.  Visitors are encouraged not to pet or feed them.  Almost immediately, we saw these ponies on the side of the road. 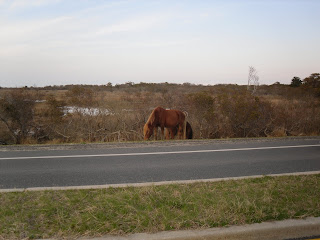 LITTLE BIT OF WILD PONY HISTORY:  The Virginia herd is managed by the Chincoteague Island Volunteer Fire Department and the Maryland herd is managed by the National Park Service.  Each year the Virginia herd is rounded up for a Pony Penning and Auction.  According to legend, the horses arrived on Assateague when a Spanish galleon with a cargo of wild mustangs sunk off the coast.  The surviving animals swam to shore and are the ancestors of today's herd.  However, the ponies have a more practical origin-- more than likely they are descendants of herds turned loose by early settlers.  Penning began as a way for livestock owners to claim, brand, break and harness their loose herds.  By the 1700s, it had become an annual event.  The penning continued on both islands for years.  By 1885, they were held on Assateague one day and Chincoteague the next.  Word of the events began to spread and hotels and boarding houses began to be booked for the festivities.  In 1909, the last Wednesday and Thursday of July were set as the official dates for the yearly event.  The most renowned aspect of Pony Penning is the swim across the Assateague Channel.  The herds were first transferred by boat, but in 1925 they swam across the channel.  Today, in July, cowboys herd the horses across the narrowest part of Assateague Channel at low tide.  They are then examined by veterinarians and then herded through town to a corral where they stay until the next day's auction. The proceeds from the auction are given to the Chincoteague Volunteer Fire Department for updating their equipment, etc, and also serves to trim the herd's numbers.  To retain the permit to graze on the refuge, the herd must not exceed 150 horses.


As we drove down the road, we had to slow down to allow this big fellow to safely reach the other side: 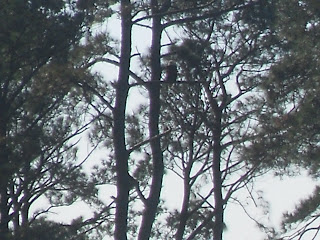 We continued our journey and saw a Sika deer. 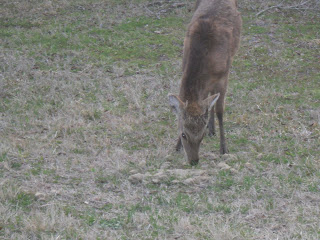 SIKA FACTS:  Sika deer were introduced to Assateague Island in the mid 1920s.  They are inhabitants of Japan and live throughout Asia.  Although smaller than whitetail deer, these animals exhibit elk-like behavior.  Sika eat the leaves of myrtle bushes, grasses, persimmons, shrubs, etc.  They even eat poison ivy.  Sika are highly vocal and at least ten different sounds have been recorded.  Their fur can range in color from chestnut-brown to a dark brown or black.  They have white spots on their backs which appear more visible during different seasons.  We saw no spots on this Sika.  This is the first time I had ever heard of Sika deer.


Next we saw white-tail deer, which we are all familiar with. 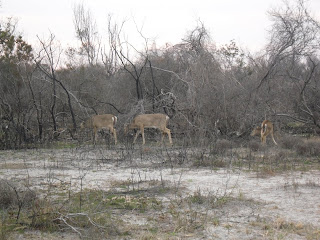 You can also camp on Assateague Island.  I thought for sure I had pictures of the camping area, BUT apparently I don't!!!  If you are interested in Camping on Assateague Island, check out the following link:  http://www.assateagueisland.com/assateague_camping.htm.  We wouldn't mind going back and camping on the beach.

By this time, the sun was sinking and we were tired and hungry.  We left Assateague Island, stopped off in Ocean City for a bite to eat and drove back to our little MH and all slept like babies.

Check back in a few days and I'll share our trip to DC with you that we planned for the next day.  In the meantime, may God bless our family and friends and may God continue to bless our voyage.

Posted by Alan and Marilyn McMillan at 3:43 PM