As planned, we moved the Motorhome to the fairgrounds in Raleigh on Friday.  As we were looking for a place to set up, a guy out for a walk stopped and asked if we knew about the new area...we did not.  He pointed us in the right direction and we are glad he did.  This area is away from the fairgrounds, overlooking the horse stables and arena that you can barely see thru the trees... 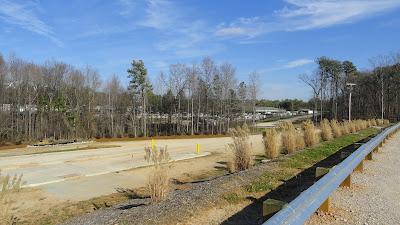 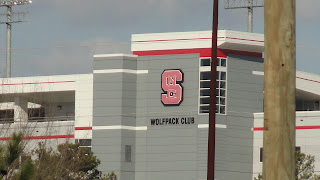 The way it's done here is you pick and site and then Security comes by to collect the fees -- or at least that's how it was for us.  We picked site 35 and set up. 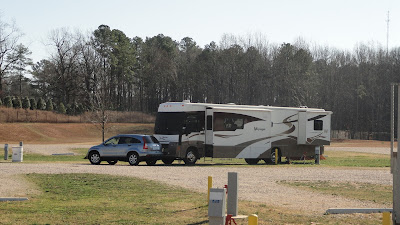 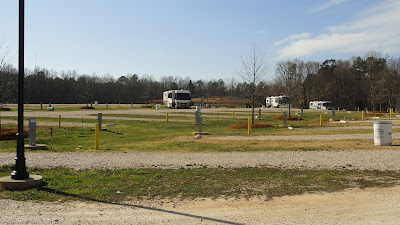 We were told by Security they plan to add at least 50 more sites, along with a bath house. 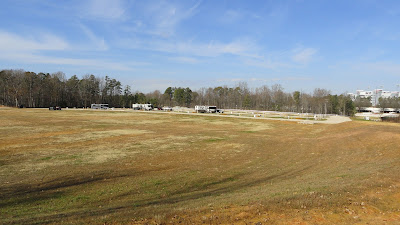 It's $25 a night for full hookups.  We would stay here the entire time we are here if they had a monthly rate.  They only allow two weeks stay but are willing to work with folks who are receiving treatment at one of the local hospitals.  However, at $25 a night, that would be $750 for 30 days -- a little steep for our pocketbook!

We started our weekend on Friday night, watching the Arkansas Razorbacks beat Kansas State in the Cotton Bowl 29-16. 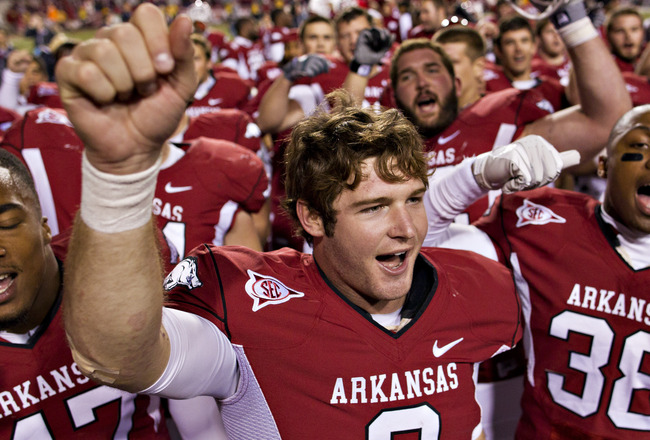 The Razorbacks ended the season, 11-2, having only lost to Alabama and LSU, who -- as you probably know -- will be playing each other in the National Championship game on Monday night.  I think that says a lot for the Arkansas Razorbacks and the SEC.  Woooo Pigs Soooiieee!!

On Saturday afternoon, our daughter and family showed up to attend Winter Jam, a Christian rock concert. 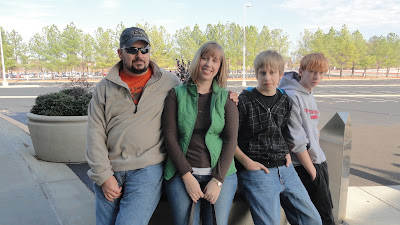 Since no tickets were sold in advance -- only $10 at the door -- we showed up early to ensure we got good seats.  You won't catch many grandparents at an event like this. This little girl had the audacity to turn around and tell us we needed to be quiet...what???  Apparently this was her first concert.  She had no idea how loud it was about to become -- and it wouldn't be us making all the noise! 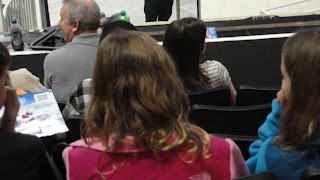 When we asked her to turn around, she snapped our pic at the same time we snapped hers...we just laughed. 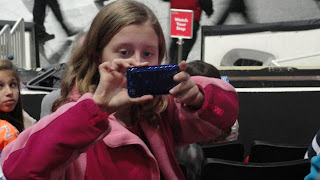 We don't know about these grandsons -- they don't think it's cool to show enthusiasm about anything -- talk about stone-faced... 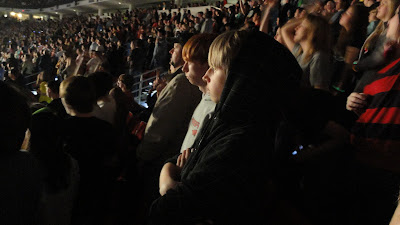 We love watching thousands of young people listening, raising their hands and praising God -- even if the music is L-O-U-D. 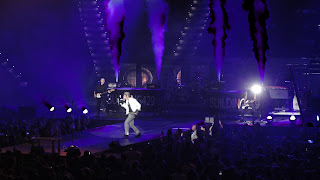 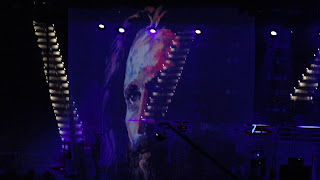 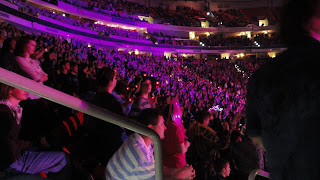 The fairgrounds has a flea market every weekend, so on Sunday afternoon, we checked it out. 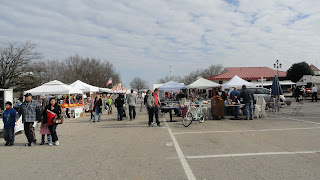 You can find just about anything you want -- from fresh fruit and vegetables to antiques to new furniture. 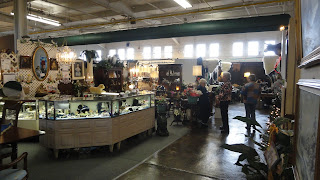 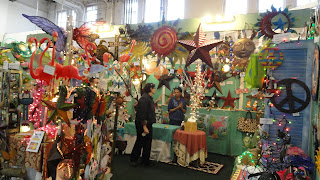 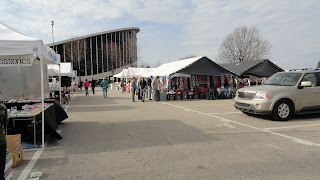 All-in-all it was a great weekend.  The kids left and we came back to the Motorhome to rest.  Tomorrow we will be up and out early for my appointment with the Radiologist at Duke.

Until next time, God bless our voyage and our family and friends -- wherever you are!
Posted by Alan and Marilyn McMillan at 7:26 PM