Just outside the main gate of Ellsworth AFB is Ellsworth's Air and Space Museum. 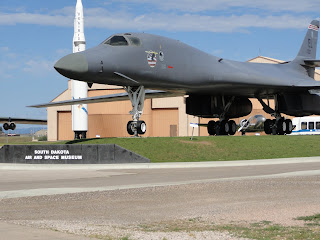 Alan always enjoys looking at the various airplanes on display -- of course, always searching for the ones he's most familiar with -- like the F-111. 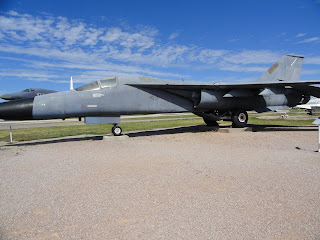 The F-111 is the aircraft Alan worked on when we were stationed at Cannon AFB, New Mexico -- the ones I've talked about rattling the courtroom windows when they took off...lol.  F-111 was a fighter-bomber developed by General Dynamics in the 1960s.  The F-111 pioneered several technologies for military aircraft -- such as variable-sweep wings, afterburning turbofan engines and automated terrain-following radar for low-level, high-speed flight.  The aircraft was officially retired in 1998. 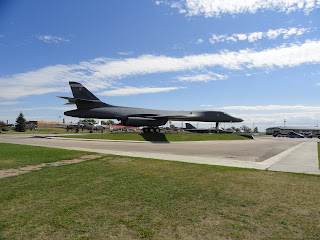 The B-1 bomber is the backbone of America's long-range bomber, providing massive and rapid delivery of precision and non-precision weapons against any potential adversary anywhere around the globe on short notice. 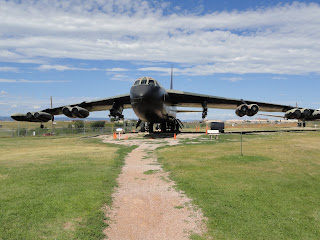 The B-52 bomber has played a major role in the U.S. Air Force for over 40 years and is capable of launching the widest array of weapons in the U.S. inventory. 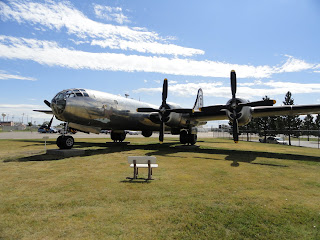 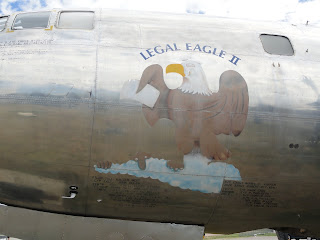 The B-29 bomber was a four-engine, propeller-driven bomber flown primarily by the United States in World War II and the Korean War.
Alan remembered having to dress like this during exercises. 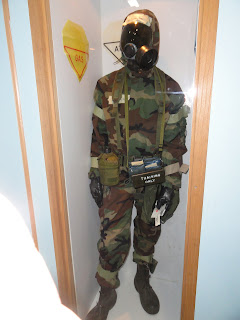 And MREs (Meals Ready to Eat) 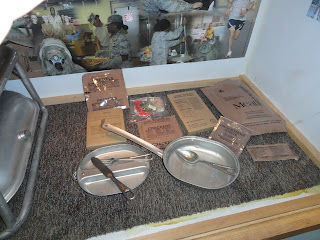 Replica of a Missile Silo 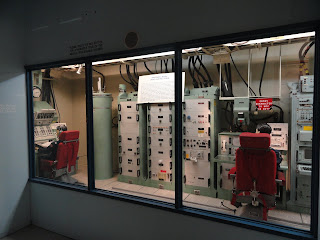 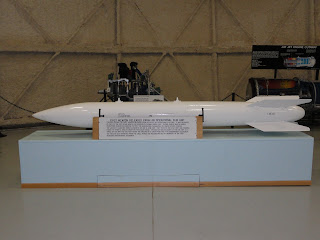 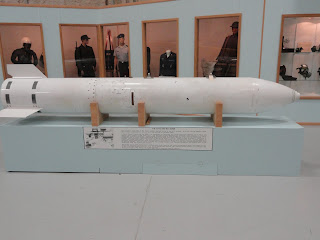 Alan wondered where they found his old uniform...lol. 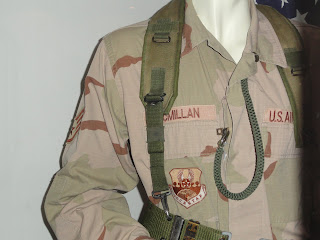 The blue fatigue uniform was only authorized to be worn by missile crew launch officers and the U.S. Air Force Thunderbird Demonstration team aircraft maintainers. 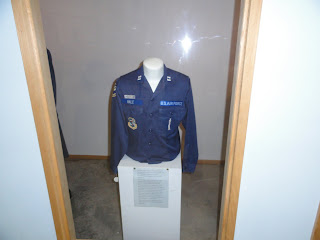 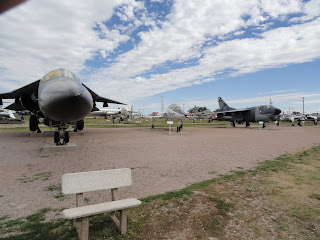 We enjoyed our tour of Ellsworth's own Air and Space Museum.  We appreciate all the men and women who have served and are currently serving in our Armed Forces and the sacrifices they and their families make every day.   May we never forget those who have made the ultimate sacrifice and may God bless the family members left behind.
Posted by Alan and Marilyn McMillan at 11:14 PM